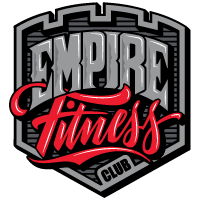 Empire Fitness is the brainchild of Jonathan Weiner.

Jonathan has a background of over 10 years in professional soccer.
He was a referree for the United States Soccer Federation and decided to open up a fitness facility. He is passionate about fitness and making a difference in people’s lives.

Jonathan is very hands on and sociable. He’s up at 4am to be at the gym for the first set of classes. He is seen at the facility almost every day and enjoys working out and sweating along with his patrons. He is a motivator and hustler, always looking for the next opportunity or big idea to improve the Empire.

Empire Fitness Clubs are open to everyone of all backgrounds and physical abilities. We encourage and promote fitness and a healthy lifestyle through activities such as High Intensity Interval Training, Resistance training and sports activities.

Your Health is Our Priority

Why should you do HIIT?